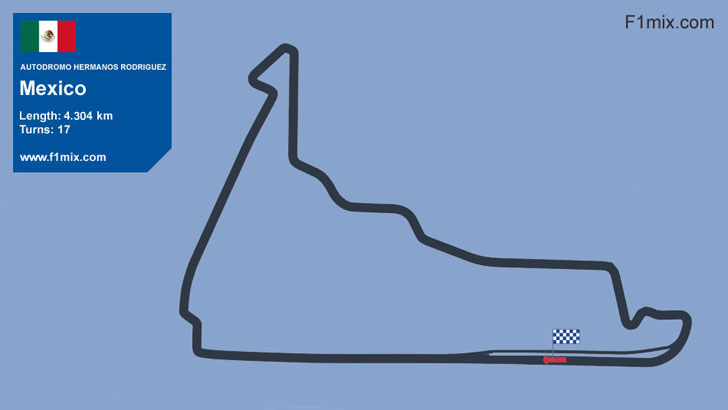 Autodromo Hermanos Rodriguez is host for the Mexican Grand Prix. The circuit is located in northeast Mexico City, the capital of Mexico. The circuit is built in a public park and owned by the government of the city. The track has a very bumpy surface, mostly due to Mexico City's location on a geologically active region. Moreover, with an elevation of 2,285 meters, the thin air creates difficulties for both the drivers and their cars.

The circuit is 4.304 kilometers long and features 17 turns. The driving direction is clockwise. There is just a few slow turns on the circuit and most of the turns open up on the exit, allowing the driver to get back on the throttle while still turning. The Peraltada turn before the long start/finish straight is slightly banked and known for being extremely fast. Herman Tilke was in charge of renovating the circuit in 2015 to ensure it meet the latest FIA standard.

Aside from many popular car races, the Autodromo Hermanos Rodriguez is also home to other sporting events including the final of the prestigious Ciudad de Mexico Marathon. The race track was named after the brothers Ricardo and Pedro Rodriguez which is why it is also called the Rodriguez Brothers Racetrack. Unfortunately, they both died in racing accidents.